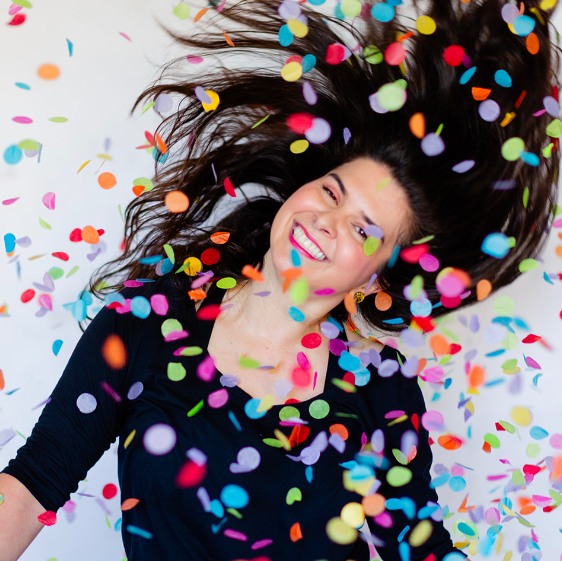 Reyana’s mom swears that she was dancing in the womb. As soon as Reyana turned 2, she started her dance career in ballet and tap, and at the tender age 4 she would win her first dance competition (yup, dancing step-by-step to the Flash Dance finale). It wasn’t until she was 8 years old that she decide her plans weren’t to be a prima ballerina, but a hip hop dancer.

Many years later of hard work and training later, she found herself touring the globe with a non-profit speaking messages of positivity and anti-bullying campaigns into schools as a dancer and performing artist. During that time she began seeing a future in opening her own studio one day, but that would have to wait for a while.

Her first professional teaching gig came at 20 while attending a trial hip hop class at a new dance studio, in Houston, Texas and was offered a job on the spot. With a BFA in Theatre Arts, Reyana has enjoyed a career on stage; as well as behind and in front of the camera. In 2006, she and her brother founded Reza & Company, a full service creative agency where she worked as a Director & Producer on a number of commercial and films; until 2013, when she decided to make yet another impactful life-decision, and jump back into her first love: D-A-N-C-E.

In May of 2015, a studio was born; opening its doors on July 5th 2015.  Reyana is absolutely head-over-heels-in-love with being a studio owner. Reach For The Barres is truly a dream come true!

She loves being an instrument of such sweet purpose as she helps guide and nurture the love of dance into the lives of each dancer who joins her on the dance floor. If you’re in a Miss Reyana’s class, you’ll know it! Be prepared for a Hip-Hop’n Mary Poppins. Reyana personally teaches classes and private lessons four days a week with children of all ages.

In addition to teaching dance and running the studio, Reyana is the creator of a very fun and irreverent card line, which has allowed her creative side and comedy side to create a loved child named, Dear Gypsy. That’s right, when Miss Reyana’s not on the dance floor, or in the Dear Gypsy office, you can catch her comedy stylings on the UCB, iO West and the Groundlings stages. She’s been improvising and penning sketch comedy since 2008.

Reyana lives in Los Feliz with her husband and two dogs, Foxy Tallulah Jane and Birdie Lou Loroux! And wants you to know, that if bees had knees, you’d be them.

✋Stopped in our tracks with how stunning this ye

🎆 Happy Friday and start to your 4th of July we

🩰 More backstage moments with some of our littl

⭐ Come REACH for your dance goals and beyond thi

📣 Did you hear?! DROP-IN CLASSES are now availa

🤷‍♀️ What would your heart say if you jus

✨ Sending smiles and sunshine ☀️ from the da

🌈 Looking forward to another week of summer dan