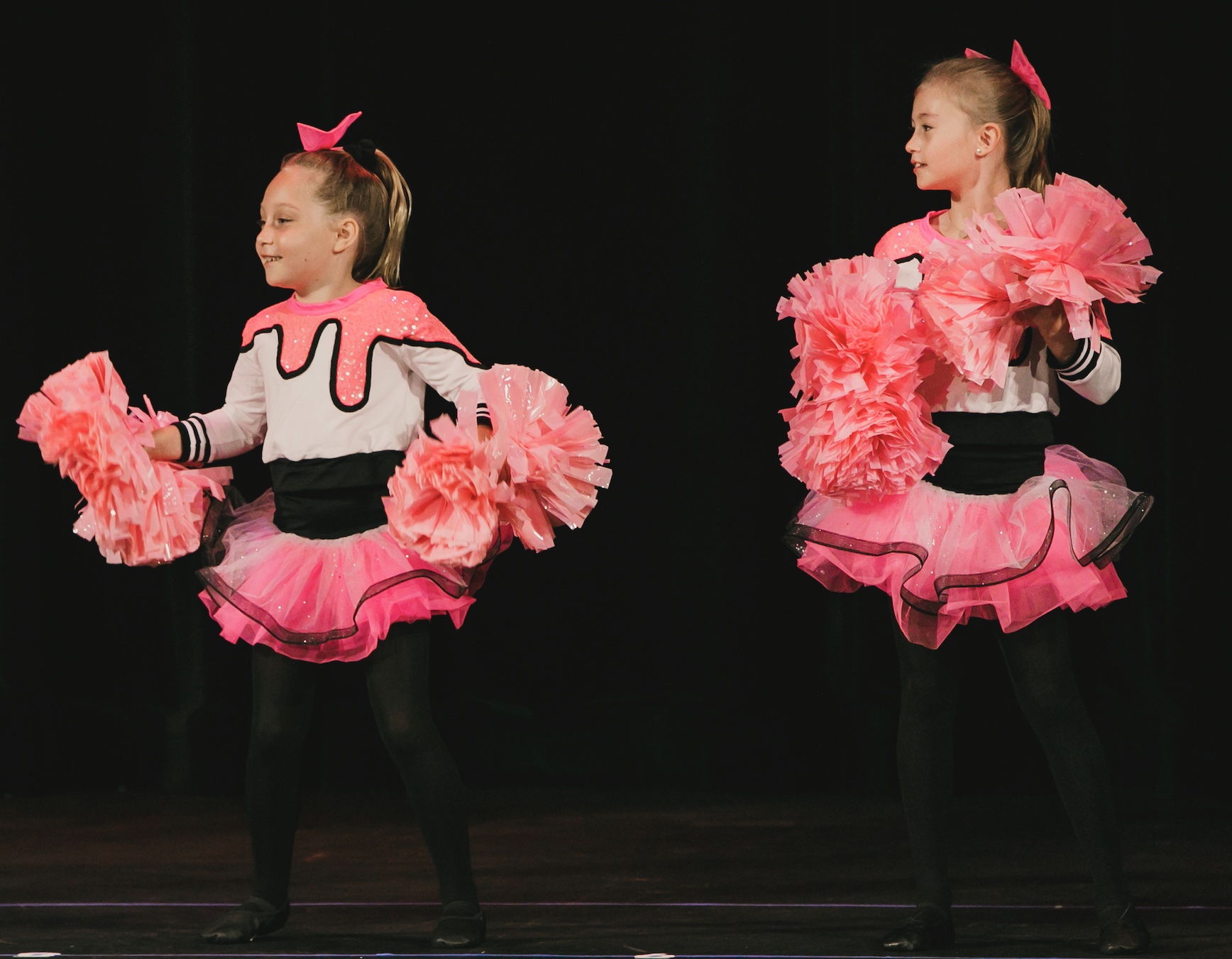 POM is a form of dance combining cheer motion and dance technique. Pom classes are great for both dancers and gymnasts. All while using pom poms.

In pom your dancer will work on the fundamental basics of cheer. Students work on cheer motions and jumps, as well as dance technique including: turns, jumps, leaps and level-appropriate Pom choreography. Pom uses sharp and precise movements, which in turn will help to improve the student’s overall arm and body placement.

What is the difference from cheer?

Pom is more focused on the dance elements while cheer has group stunting as well as a vocal element.

Cheerleading squads include dance, stunts, and tumbling into their routines, performing throughout a sporting event, and often on the sidelines. A POM squad or Drill squad uses pom poms in dance routines and often performs during halftime shows, along with some cheer elements.

What skills are developed in POM?

Students are trained in dance technique, POM movement terminology, balance skills,  precision, synchronization, strength, and flexibility. Above all they will grow in the form of team work, and the bond of working towards a common goal.

Some of the key movements you’ll see in pom that are derived cheerleading include clasp, T-motion, high-V, touchdowns, L’s, Half T’s, and more.

Different movements can occur in POM dance, depending on the dance type.

This Wednesday we are looking to give back to an a